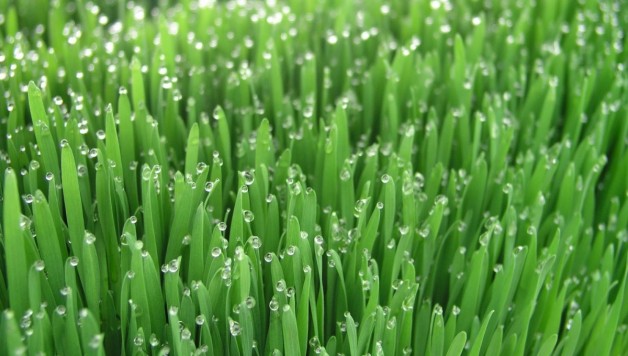 For years we have known about the human health benefits of eating sprouts and juicing greens, so why not extend the wellbeing to our farms? As winter approaches many of our animals are relegated to dusty, dry hay; but this can be avoided by utilizing hydroponic technology that is new to the United States, but practiced for years in countries like New Zealand and Australia. Through the use of a modified nutrient film technique (NFT) channel you are able to sprout common cereal grains into nutrient dense, highly palatable, fresh greens. These channels are often much wider than their lettuce production counterparts to allow for a larger amount of seed to be sprouted at one time.

These sprouts, or “hydroponic fodder” can be produced in as little as seven days and require no fertilizer and very little light. Some of the most common grains used to make hydroponic fodder are Barley, Wheat and Black Oil Sunflower seeds. Many farmers will make specific grain mixes to cater to their individual animals needs and some grain companies are even offering pre-mixed rations. This fodder can be fed to a wide variety of animals ranging from chickens and turkeys to horses and cattle. The hydroponic fodder mimics these animals’ natural diets much better than that of standard grain mixed rations and dried hay. In certain cases, feeding hydroponic fodder in the winter months can even help reduce the instances of foundering and colic in animals like horses and cows.

One of the biggest obstacles that we face when producing sprouts for our animals is growing a mold free product while still maintaining a high level of germination. What makes this challenging is the fact that both germinating seeds and fungal pathogens thrive in high humidity, warm conditions. By utilizing hydroponic NFT technology, newer fodder systems reduce ambient humidity and water loss often associated with older misting type systems. This reduction in ambient humidity allows us to utilize these systems in slightly warmer conditions, stimulating germination, but not mold growth. Some of the most successful hydroponic fodder systems are operated in highly regulated conditions using environmental control equipment often seen in greenhouse and indoor cultivation complexes.

However, unlike these types of growing operations, hydroponic fodder production relies on very little supplemental light. The sprouting process is on such a short cycle that most of the growth that we see is a product directly correlated to the stored carbohydrates already within the seed and not photosynthetic acquisition of sugars. This fact leads many hydroponic fodder farmers to utilize heavily insulated structures with no light penetration as opposed to a greenhouse; the cost of the minimal artificial lighting is offset by the fuel savings seen in this type of structure. From state of the art, fully controlled structures as described above to at-home DIY units, hydroponic fodder is steadily gaining popularity with farms of all sizes. Whether you are looking to increase the quality of your animals’ life or to mitigate the high cost of hay, hydroponic fodder is a great solution.