We’re hearing more about our planet’s over-population problem and the constraints that go along with it. These are constraints on our resources which manifest in the form of a food security issue. Presently our planet has a population of around one billion hungry people. That’s one in seven. These aren’t only people in under-developed countries. These are people who are potentially our neighbors.

However, the real problem isn’t that we have too many mouths to feed. The problem is that our present methods and systems for growing, distributing, marketing, and selling food are not efficient. They’re outdated and they isolate a certain portion of our society based on socioeconomics. Fresh, nutritious food is expensive, and it’s not widely available like its unhealthy alternatives.

An efficient and modern food system would be inclusive for all, would combat our resource constraints, would produce and deliver safer food, and would do so in a localized capacity.

We believe that hydroponic technology can solve our food security issue.

In our present system of traditional agricultural output, we consume masses of land to produce crops. Sadly, crops are being lost due to droughts, floods, and pest infestations all a result of climate change. All of these factors cause hardship on farmers and on communities. These problems increase production costs – an increase that gets passed on to the consumer in the form of a higher price tag.

Who suffers the most? The poor. They can’t afford fresh food so they opt for less nutritional food, high-in sugar. Or they simply don’t eat. This begins a vicious circle of developmental and social challenges.

Hydroponics as a Food System

By establishing hydroponics as an alternative to our current food system, we can mitigate many of the uncertainties that are causing crops prices to increase. Additionally, we can further reduce the harm that’s being done to the environment through food transport.

Advantages of Hydroponics over Traditional Agriculture

Here are some of the ways hydroponic technology can produce a more efficient food system in a localized setting: 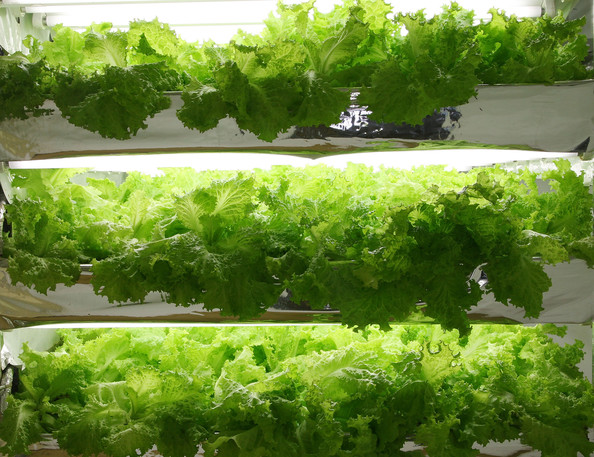 Skeptics are still concerned with the feasibility of hydroponics as a food security solution. But the technology is advancing rapidly as more and more commercial hydroponic facilities are being invested in around the world. The more prolific this technology becomes, the lower the overall costs will be due to a growing demand.

It’s important to note that hydroponics is not a one-size-fits-all solution. There are many forms of hydroponics all which solve food security in their own right.

Each one of these solutions provides self-sufficiency in our homes, businesses, schools and cities. With enough awareness and investment, hydroponic technology will reach a point of critical mass which will ensure a more efficient food system that impacts its local community.