A friend asked me if I could build him a hydroponic wheatgrass grower, but he had some specifications.

No soil and organic was no problem, but I had to kind of break into uncharted territory with the choice of container.

His desire to stay away from plastic made a lot of sense to me. The idea of growing healthy food in a toxic material that could leech chemicals is obviously a legitimate concern when trying to grow healthy food.

The first step in the project was to determine the best material. Something easy to maintain, wouldn’t leak, light-tight, and affordable, were the bullet points we wanted to hit. Brainstorming resulted in a BUNCH of ideas; waxed wood, welded metal, and glass – all of which would have worked, but were impractical for any number of reasons. Welding a custom container came up, but the price of a one-off weld job was out of the budget.

After about a week of thinking, it hit me! “A chafing dish”. It comes with its own stand, is light tight, non-plastic, and conveniently had a pan to hold the plants that fit into a larger pan that would serve as the reservoir. 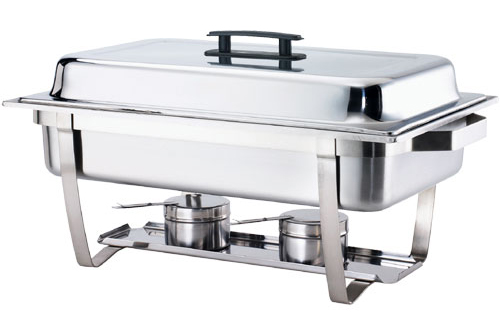 A chafing dish is used for warming food but repurposed as a hydroponic wheatgrass container.

Perfect. All we had to do was drill some holes in the pan so the nutrient solution could pass through to the medium and the roots could reach down to meet the solution as they grow. 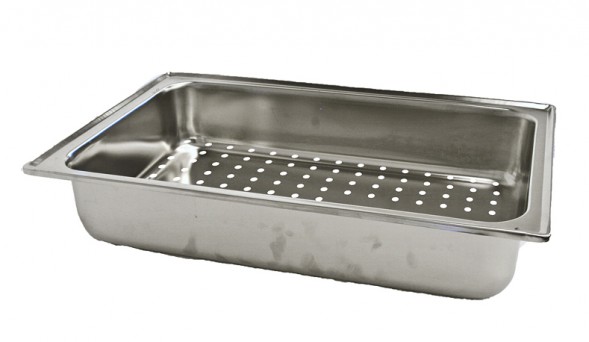 The pan that came with the chafing dish. Holes were drilled into it to allow for the nutrient solution to flow through.

The next step was to lock down the growing medium. We even looked into the idea of not using any (which we had seen online a few times). But the obvious choice was coconut mat. It would hold enough moisture to keep the roots happy and be able to wick just enough water to germinate the seeds. 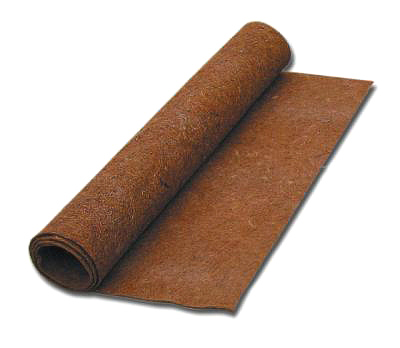 We cut a piece of mat that fit perfectly into the pan and filled the reservoir up until the solution was 2mm above the bottom of the pan.

An airpump was installed and an airstone placed into the reservoir to provide oxygen to the roots for faster absorption of the nutrient solution. We used a silicone hose to keep everything plastic-free.

The easiest part was the nutrients. General Organics makes a great line of organic hydroponic fertilizer. We simply mixed per the manufacturer’s instruction for CalMag, Bio Root, and Bio-Thrive for seedlings. 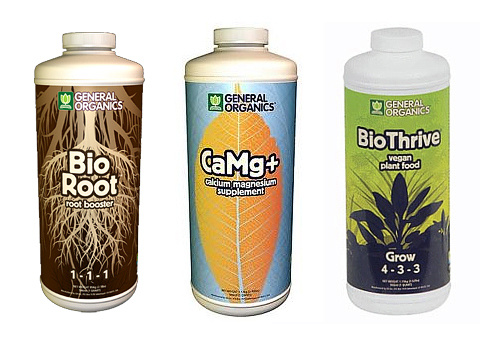 A line of organic nutrients from General Organics.

We soaked the seeds overnight in ph balanced water to speed up the germination process then spread the germinated seeds on the coconut mat. Placing the lid of the chafing dish on the system provided some dark for the first day of germination.

After the seeds fully sprouted we popped the top off and put the unit in a windowsill.

We were amazed at the growth. Seed to harvest took just six days. The volume of the system allowed for about six servings of weatgrass juice. As one “Patch” is harvested, new seeds can be placed in that open area, creating a perpetual system. 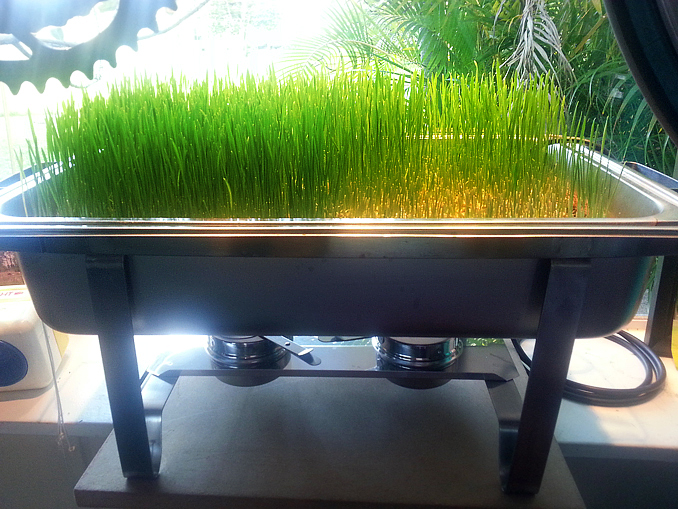 The final result – an organic and plastic-free hydroponic wheatgrass system.

Needless to say, my friend was very happy and has more wheatgrass than he can handle.

Have you built a similar or unique hydroponic garden? Send us your system and it could be featured on PowerHouse Hydroponics.