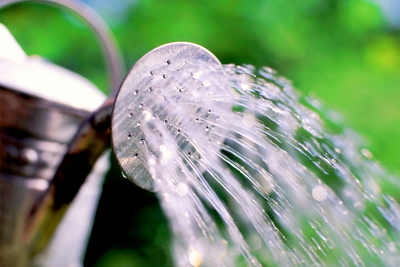 After shockingly low snowpack measurements in California’s Sierra Nevada mountain range, California Governor Jerry Brown (D) announced strict water restrictions on businesses, residents, and farms. His executive order aims to curb water usage by 25 percent; a good thing, considering mountain snowpack runoff usually accounts for 30 percent of the state’s water supply. However, in a season where snowpack was below ten percent, that source of water won’t be there.

The greatest cutbacks for farmers will take place in the Central Valley, where farmers will receive no water from a federal irrigation system. Other regions will suffer severe water cutbacks. A reduction in water will mean a reduction in total planted acres. This supply cut coupled with higher water prices could increase the consumer costs of fresh fruits, vegetables, grains, and nuts. Richard Howitt, an agriculture and resources economic expert at University of California, Davis predicts that this year’s drought will cost roughly $3 billion and over 20,000 jobs in the agriculture and food processing industry. However, outside of these sectors, job losses will be minimal and abnormal food inflation will not be seen in the near future. The crops whose prices that will be most affected will be hay, rice, and tree nuts.

Still, there’s no sign that this drought will let up anytime soon, and the problem isn’t limited to California. Nevada and Colorado have been dealing with water shortages for years, and Washington and Oregon just recorded record-low snowpack. California legislators have started to combat drought by passing a $1 billion plan that provides hundreds of millions of dollars on flood control, desalination projects, and water recycling. This has created a window of opportunity for hydroponics; with California providing produce for half of the nation, and 37 percent of total water United States’ water usage going towards irrigation, the room for sector efficiency is large, especially for hydroponics crops. Is there economic viability of hydroponic crops in consideration of California’ water challenges?

A 30 x 132 foot (3,960 square feet) greenhouse for herbs and lettuce costs roughly $45,000 or $11.37 per square foot. This is the cost of a system from American Hydroponics that generates 26 crop turns per year, which is a harvest rate of 3,780 plants per week, or 196,560 per year. In 2012, the total acreage of farmland dedicated to lettuce crops was 267,100 acres, which yielded roughly 85.4 million cwt, or 8.54 billion pounds of crops, 98 percent of which was grown in California and Arizona, according to the Agricultural Marketing Resource Center. With the assumption that a single crop of lettuce is, on average, around 16 ounces, it averages out to roughly .73 heads of lettuce per square foot for conventional farming.

Now lets take a look at the economic viability of hydroponic crops. The American Hydroponic system grows an astonishing 49 heads of lettuce per square foot, which means that, theoretically, it would only need to take 4,002 acres (174,285,714 square foot) of hydroponic space (roughly 44,012 greenhouses of 30×132 feet). Unfortunately, the initial cost per square foot of system set up is very high; at $11.36 per square foot, it would cost almost $2 billion to set up all of the required greenhouse space, not including the costs of land leasing, water, maintenance, energy, nutrients, etc. However, in a time where water prices are climbing exponentially in California, a $2 billion dollar hydroponic infrastructure upgrade package for farmers could save nearly 600 billion gallons of water per year.